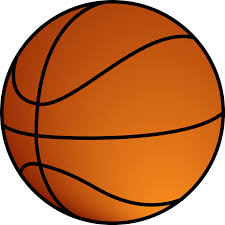 I've been asked several times about competition: "There's a slew of people doing what you're doing, how do you distinguish your business from the rest?" "How are you going to compete with those in your field?"  I always hesitate at first to answer these questions, not because I am stumped, but because of the idea of competition.  Knowing and beating your competitors is a key concept in all business models.  You have to outsmart them--have a better product or service, a more seamless operation, more customers, more resources, more profits, etc.--all so your business can boast that you're the best, or better, than the other.  And it's considered the only way to measure success.

A common comparison to the business world in regards to competition is sports, and being that we're  midway through March Madness, let's talk basketball.  In the NCAA tournament, there are scores of teams competing for the championship.  And even though these teams are considered the best in the nation, we still have top and bottom teams, favorites and underdogs, the widely known and unknown, perennial squads and first-timers.  These elements make it interesting for millions of fans and viewers as they fill their brackets and bet on their preferred college team.  The tournament is the driving force behind not only ticket sales but also student enrollment and funding for the schools.  Apparently, there's a lot at stake, especially for reputable teams who are "supposed to win it all".  For example, I think Indiana will be the champs, especially after watching them best Michigan by one point at the last second of the Big 10 championship game. They've been #1 almost the entire season, but what if they don't win?  Their season would be considered a disaster, and their "failure" fodder for sports critics. However, with the tourney's lose-one-and-you're-out design, it creates opportunities for big-time upsets and emerging "Cinderella stories."  So let's say if you're a championship-caliber team like Indiana or Duke, and although you've played your heart out, you're ousted.  Should you really feel like a failure--even though you've won the majority of your games and previous championships and is a nationally respected ball club--all because this year you didn't get to hoist the trophy?

They shouldn't feel disappointed.   Being a basketball player myself, I used to have that mentality that you play to win, and if you lose, that makes you inferior, irrelevant, a disgrace.  That was then.  I don't view the game that way anymore. Now I have a totally new perspective.  Yes, you compete, stand out, give it your all and strive to win, but if you don't come out on top, no matter what the stakes are, be proud of your accomplishment, that you played a good game, congratulate the other, and furthermore, don't consider yourself defeated, because in all reality, you're not.

WHAT?  Yes, I meant what I said.  Hold your head up high, you're not a loser!  In that basketball game, your body is in absolute, incredible condition, more-so than the millions of people watching you!  You're representing a great school, matter-of-fact you're obtaining a quality education...probably for free! So why feel dejected?

Okay, so back to business, so how does Lengua Lounge compete?  Lengua Lounge competes in the sense of standing out, bringing fresh ideas to the table, and being highly sensitive to our clients' needs.  This is our primary focus, shifting away from the aggressive attitude of beating competitors or diminishing their reputation.  Lengua Lounge believes that through the sharing of information and ideas with other translators, academic institutions and tutors alike, and by creating a sense of community among language professionals, we're all working together to improve standards in the language industry and garner respect from those outside of our field.  Lengua Lounge prefers to network and collaborate with other translators, is more inclined to laud the more experienced translators and long-standing firms, and is open to pedagogical methodologies that differ from ours. Rather than poke fun or scrutinize the follies of other freelancers, we opt for the proactive approach, imparting knowledge of the language industry and paving the way for those who have little or no experience.

So, we see it as a level playing field.  At the end of the day, we're all in this industry to use our talents and abilities for the sake of a greater good.

In basketball, competition could be so fierce that you almost forget to have fun. (I mean really, all you're doing is trying to put a ball through a hoop!)

And just as with hoops, Lengua Lounge plays the "game". However, we focus less on having a competitive advantage over the next guy to win it all and more on enjoying the fruits of our labor: overcoming translation challenges, teaming with great colleagues, making it fun and exciting for students to learn Spanish, and exceeding the expectations of our clients.  It's as simple as that.

Having problems typing Spanish characters on your English keyboard? Tired of having to "insert"  the characters when using a Word document or remembering a bunch of numerical combinations?  Especially on the Web, when you're sending emails, chatting on Facebook or entering information in a search engine?  Or maybe you are like me and use your laptop all the time, which doesn´t have the keypad necessary to enter the ASCII (i.e. ALT + 164 = ñ) , so you're stuck with cutting and pasting from a Word document?  The problem is that it takes time away from what you´re doing, slows you down and makes you lose your thought process  This can be very cumbersome.  Maybe that's why some of us type the Spanish words without using any diacritical marks?  I mean it's easier, right?

Well, if you still would  like to type the Spanish words the correct way and want to save yourself the hassle, I have good news for you: there is a solution.  After a quick Web search, I found on http://www.starr.net/is/type/kbh.html  that the best alternative is changing keyboards (path below). I have a Windows 7 operating system (the link above also provides info on other systems), so I simply went to ¨Change Keyboards¨ under the Control Panel, clicked  "Add", then selected the language I would like to have my keyboard switched to, which is Spanish.   Clicked "OK" and then "Apply" and I was basically set!

Now the language bar appears in your Task Bar.  It will show a text label "EN" for English (which is your default language), and if you would like to activate the Spanish keyboard, you can click on that text label, and then "ES"  for Spanish, or you could press Alt + Shift, and you will see the label change to "ES".

Below is an image of a Spanish keyboard for your reference.  Please note that once you have activated the Spanish keyboard, the functions of some of the keys on your keyboard will change.  For example, one of the most noticeable changes is that the 'Ñ' appears where the colon/semi-colon key is located.  To type an accent, it's as easy as pressing [´] (located right next to 'Ñ') and then the letter.  For the umlaut [ü], you'll press Shift + ´ + u.  Also notice that there are some blue special characters, for example '@' when typing an email address.  To input this character you would press Alt Gr (which is the Right Alt) + 2.  To switch back to your default keyboard in English, you click on the text label in your task bar and change the language, or just press Alt + Shift.

Although it takes some getting accustomed to, this will tremendously improve your typing speed.  You'll be able to type in Spanish on the Web and on  programs from your local drive!  Hope this helps!

Posted by Unknown at 9:36 AM No comments:

Lengua Lounge is a fresh take on the linguistic field.  It is primarily a language service business, working in Spanish and English, but its key components are quality customer service and close involvement with the language community.  So what does Lengua Lounge has to offer you?  Read below to find out!

Services we plan to offer in the future:
Come and join Lengua Lounge and be a part of this new trend!

And do you feel as though we could offer more or do better?  Please let us know!  We are open to any comment or suggestion!  We are always looking to improve our services!
Posted by Unknown at 8:01 AM No comments: